The view from the penthouse at the Corporate Cancer Retreat.

Here we see the boss shredding the report of how dangerous the substance PFOA (Perfluorooctanoic acid) is. The sales report, on the other hand, is a much more fun read. On the walls you will find two famous stolen paintings, these no one knows where are.

All the while the time of humanity is pouring out of the hourglass.

See Corporate Cancer Retreat for the full story. (se under)

The widely renowned “New York Times Magazine” documented in 2016 a lawyer’s battle against a huge corporation. Later on this event, and the drama that surrounded it, would also be made into a film. The event itself is a testament to how bad it can get when unfettered capitalism reigns supreme.

Since the seventies, DuPont has manufactured chemicals utilized in the production of the teflon used to make frying pans. This chemical is extremely hazardous for both their customers as well as their employees. At some point, they made the scientific discovery that the chemical both hurt and enlarged the livers of rats and dogs. They covered it up.

During this period they have made millions upon millions, while the unknowing masses have paid the price.

A defense attorney was hired to take the fight to these overlords of industry, a networked group of industry tycoons closely connected to the upper echelons of politics. This battle of David versus Goliath lasted for years. As DuPont had ingrained itself in small-town America the family who hired the attorney were the subjects of a witch hunt in their local community, much like the character of Dr. Stockmann in the Ibsens classic novel “An Enemy of the People”. This factory was, after all, the great provider of this community and had made its people fully dependent on the jobs it created. This uncivil treatment lasted until the case started getting traction and the family looked to be winning. This case, unsurprisingly, is still ongoing and DuPont as a company is still successfully operating…

The working class’s dependency on the ruling class we can recognize from the seminal work “1984” by George Orwell, in which the all-encompassing party rules its workers with an iron fist while indoctrinating them into full subservience. This effect has often been seen in small communities based around factories.

Even in our native Norway we see the occasional mistreatment of workers by corporations. One of these events happened at Melkøya outside of Hammerfest where a septic tank was leaking foam which the other employees were in contact with, this foam carried dangerous bacteria (such as E.Coli) and several of the workers got sick. The kicker here is that the septic tank was directly connected to the bathrooms of upper management. Even after a report was laid in front of management no action was taken. This actually lasted until the environmental organization Bellona got wind of these conditions and started making a fuss in national media, suddenly changes were made.

We, as a society, are dependent on brave people who dare stand up to grave injustices inflicted by those who have retreated high up in their tower of corporate power. Let us be inspired by, and stand by, the ones who risk life and limb to fight unjust conditions.

Together we stand strong, and even the greatest tycoon can be derailed. 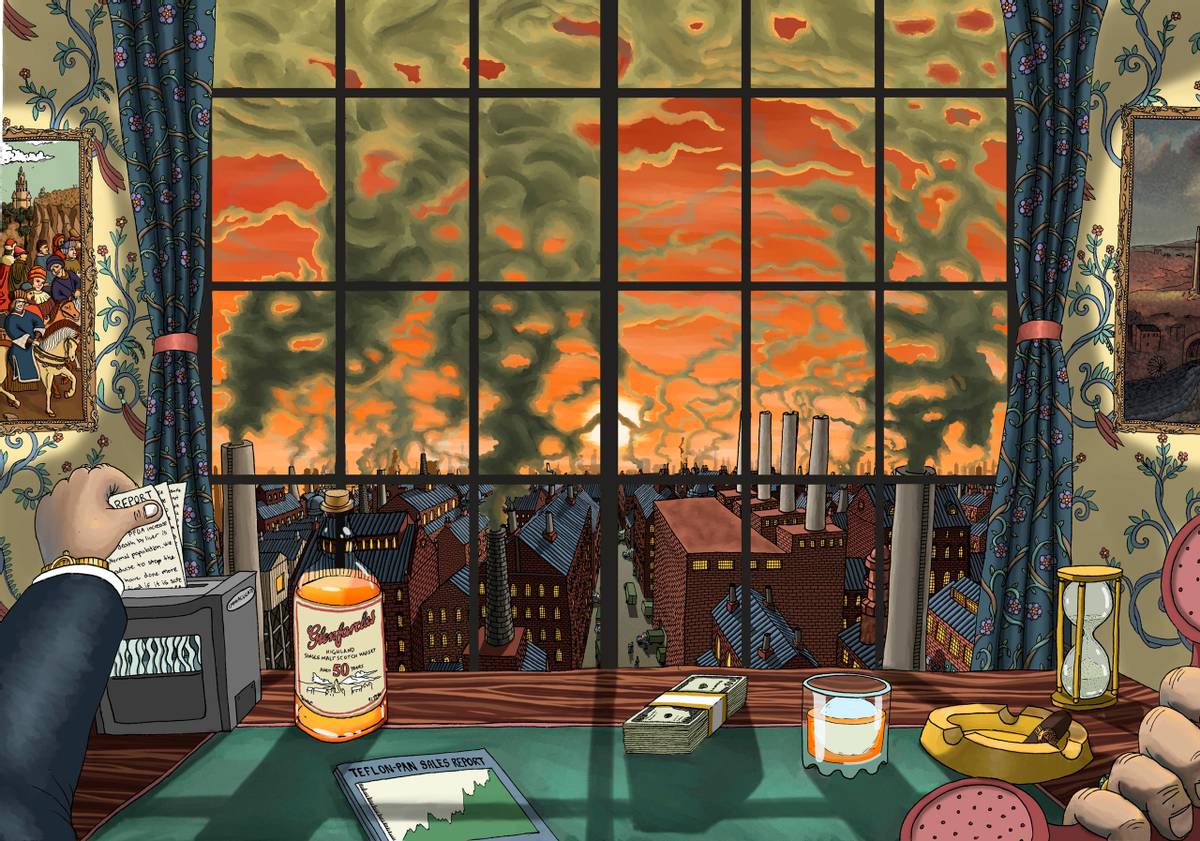