Shadow of the rings

Shadow of the rings

The work was commissioned by Amnesty International Norway, who wanted a picture depicting sports washing in China at the Olympics.

The Olympic Games were first held in 776 f.kr in ancient Greece. The Games were held in honour of Zeus, the god of thunder, and were supposed to be a peacekeeping project. But now Zeus has gone mad, because the Chinese are using the Games as part of their geopolitical power struggle. That’s why Zeus has brought thunderstorms to put a lid on the Games. But then the Chinese bomb the sky, in order to bask in the glory of the Olympics, while massive human rights violations take place in the shadows of the Olympic Games.

A million Uighurs are locked up in internment camps in western China as part of a security policy strategy to prevent separatism and influence from the Muslim world. Here we draw clear lines to the Norwegianization process of the Sami that we were doing in Norway well into the 1970s. A clear picture that we haven’t been much better ourselves.

It’s not just minorities in China that get to feel the wrath of the Communist Party. Tennis player Peng Shuai was kidnapped in 2021 after she told the media that she had been raped by one of the party’s top men. But when she returned after a month, she said she had only been on vacation. During this time, one could not search for the word “Tennis” in China. This says a lot about how much control they have over the flow of information.

Another example of China’s extreme control over the truth is the 1989 Tiananmen Square massacre. This horrific incident is not included in the Chinese curriculum, which means that if you meet a Chinese out in the world who is younger than 35, they may not know about the atrocities at all. For the West, however, this massacre marked a distinction between them and that of China. The West would no longer cooperate with China. Thus, the Chinese had to look elsewhere in the world for partners and they went to several African countries. There they provided large loans, invested and built infrastructure. This is one of the ways they have increased their geopolitical power in the world.

We see this power struggle between the West and China as a protracted Olympic wrestling match. That battle has been going on since the opium wars of the mid-19th century, when the British Navy humiliated the Chinese. Now, however, the Chinese are in the process of building up their navy to become the largest in the world and this could help change the balance of power in the world. And then the question becomes, who are we going to root for then? 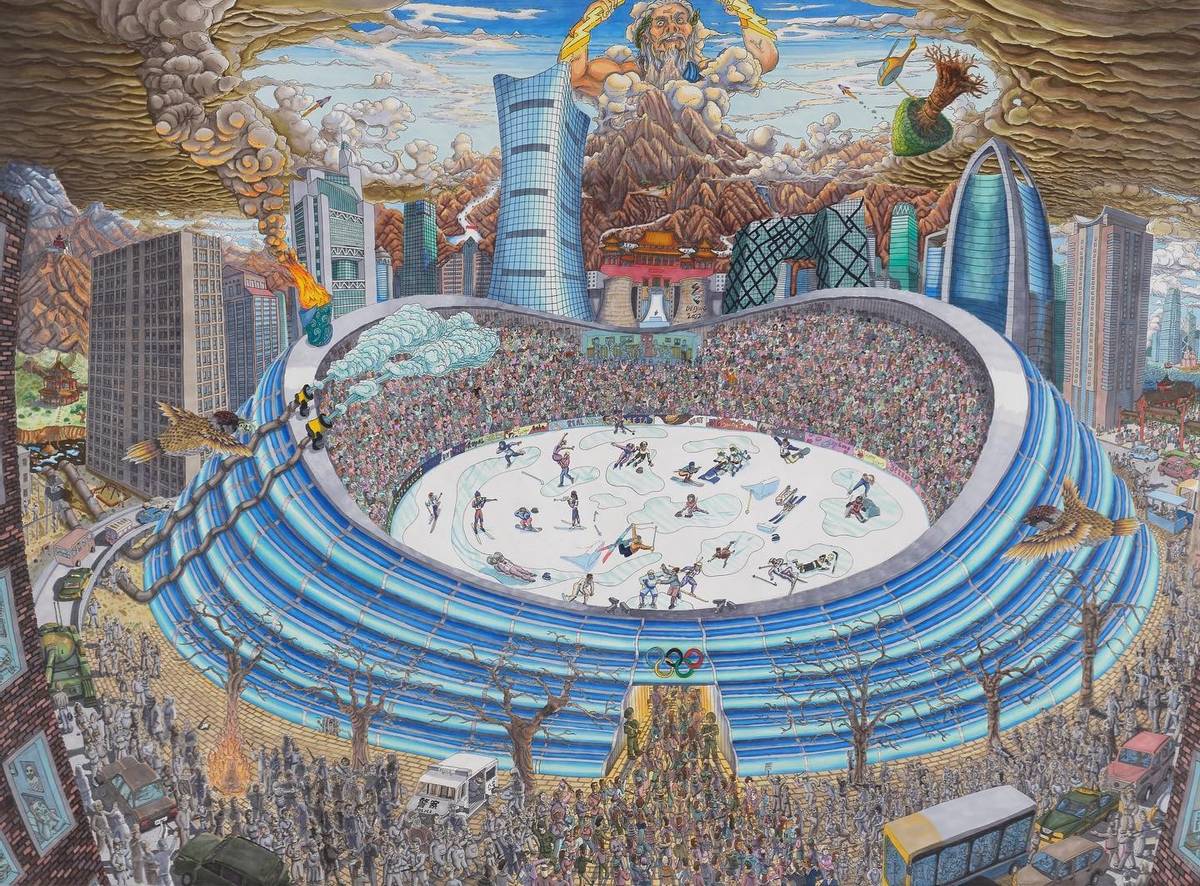